MM is a 26-year-old female with no significant past medical history who presented to her gynecologist due to concerns about increased bleeding with her menstrual cycles over the past 6 months. She states that prior to this recent change, her periods had been regular, lasting on average 4 to 6 days. Now her periods are lasting 10 days and are much heavier than previously. In addition to the inconvenience of the increased bleeding, she has been more fatigued and dizzier. She reports to her gynecologist that she has not started any new medications or supplements and denies any other changes to her medical history. She reports no history of bleeding with routine dental work; she had her wisdom teeth extracted at age 17 without any bleeding complications. She states that there is no family history of bleeding or clotting disorders.

In the gynecology office, MM is hemodynamically stable and without orthostasis. Physical exam is unremarkable. A Pap smear is obtained, and she is sent for initial labs including a CBC, serum ferritin, and thyroid function. Results are as follows:

Due to her significantly elevated platelet count, MM was urgently referred to hematology/oncology. On presentation, she did not report any new symptoms and was still bleeding. In the setting of mild anemia, iron deficiency, and extreme thrombocytosis, an MPN was suspected. JAK2V617F mutation testing was done on peripheral blood, which was positive and confirmed an underlying bone marrow disorder. At that time, the AP discussed with MM that essential thrombocythemia was the most likely etiology, but that bone marrow biopsy was recommended for confirmation. MM agreed to the bone marrow biopsy, which was ordered for the following week. In the meantime, workup for acquired von Willebrand syndrome (AVWS) was pursued.

The bone marrow aspiration/biopsy showed hypercellular marrow with an increased number of enlarged, mature megakaryocytes. There was no increase in reticulin fibers.

Workup for this patient was consistent with essential thrombocythemia and AVWS. Although rare, AVWS can occur in the setting of extreme thrombocytosis. These patients are at risk for bleeding as opposed to thrombotic complications. Additional coagulation studies are within normal limits. Aspirin, which is generally recommended for patients with essential thrombocythemia as primary thrombosis prevention, was contraindicated in this setting given MM's current menorrhagia. Continued assessment with the possibility of initiating in the future was recommended.

Although, MM is younger than 60 and has no history of thrombotic events, her care team discussed the pros and cons of starting cytoreductive therapy due to bleeding as a result of the significantly elevated platelet level. Possible treatments for this patient include hydroxyurea, interferon, or anagrelide. Given her age, MM and her hematologist decided on pegylated interferon as frontline therapy. She was informed about the potential risks of flu-like symptoms around the time of dosing. Additionally, they discussed the potential for alterations in mood and told MM to contact the clinic should this occur.

MM also has evidence of mild iron deficiency, likely due to 6 months of menorrhagia, which may be exacerbating her thrombocytosis. The hematologist recommended supplementing with oral iron and plans to recheck her iron panel in 6 weeks.

MM should continue to follow up closely with gynecology, and collaboration is key. She should avoid estrogen-containing hormone therapy given her inherent risk of clotting with underlying MPN. She will continue to be evaluated by hematology every 2 weeks for count and symptom monitoring until stable, with less frequent visits to follow.

‘MPN Genomic Calculator’: real‐life use in a young population with essential thrombocythaemia

Significant association of cutaneous adverse events with hydroxyurea: results from a prospective non-interventional study in BCR-ABL1-negative myeloproliferative neoplasms (MPN) - on behalf of the German Study Group-MPN

Depressive symptoms and myeloproliferative neoplasms: Understanding the confounding factor in a complex condition

Novel Concepts of Treatment for Patients with Myelofibrosis and Related Neoplasms

Patient With Myelofibrosis and Limited Treatment Options Due to Pancytopenia 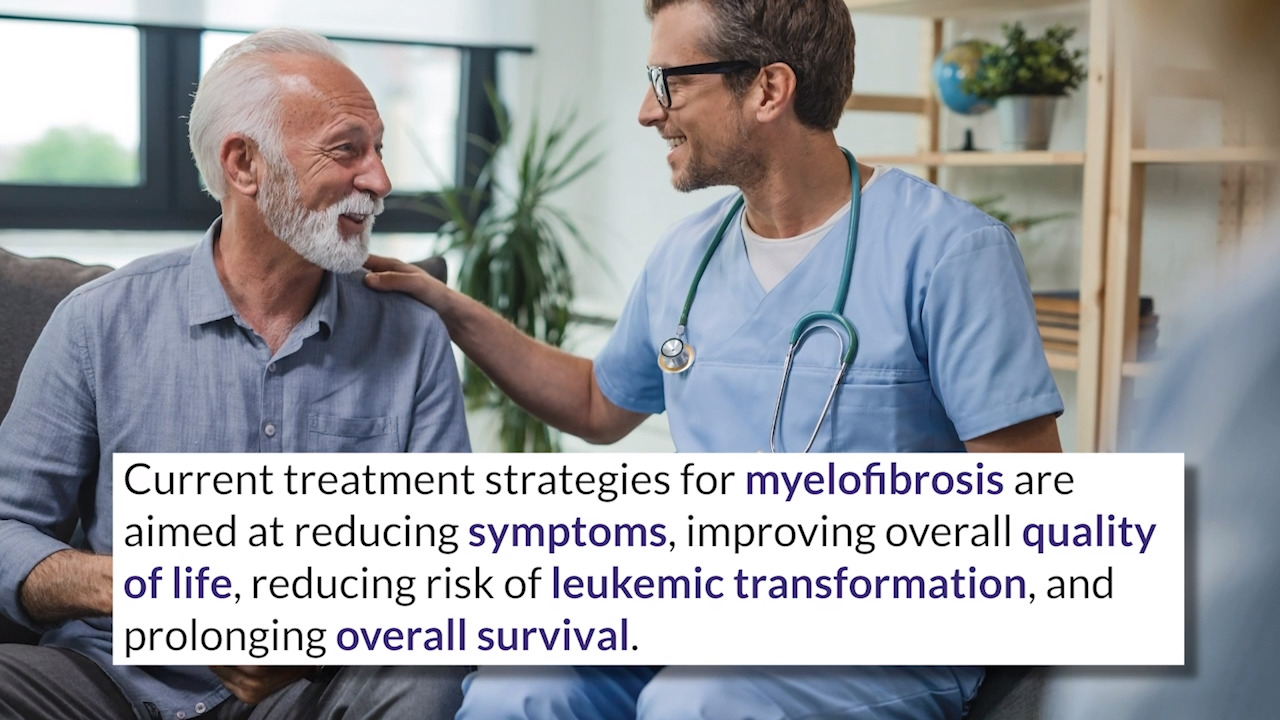